From Ricochet, currently serving on the Vacaville City Services Commission, Jennifer Goode is a Tea Partier who wants to make a difference by running for Vacaville City Council; 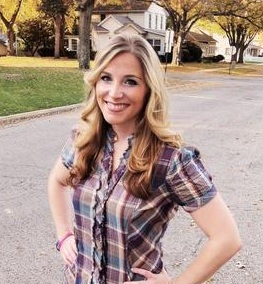 I have called Vacaville my home for the last eight years and I will be the first to tell you that it is simply a great place to live. Vacaville’s charm pulls from its ability to coalesce the quaint feel of a small-town while offering big city amenities and it is that balance which has enabled it to rank among Money’s list of America’s best small cities.

During a portion of my years in Vacaville the City was experiencing a growth period. Residential and commercial development was on the rise, as well as the re-birth of a Vacaville icon, The Nut Tree. But with new growth comes new challenges, specifically in terms of the increasing demands placed on City resources: public safety, parks and community services, and public works. During a period of growth, when revenue is high these challenges were met with ease. However, as we all know and have felt in our own wallets, the economy has changed drastically and we now live in very different times. The issue now is how as a City do we move forward when revenues are substantially lower but the demands on City resources remain high? And this is the issue that will define Vacaville’s future.

You never know what getting involved in your community will bring. Starting as an anxious citizen attenting a Tea Party rally one day, and realizing that to affect any real change you have to burrow into the political machine is a quantum leap for a lot of people with busy lives, but folks like Jennifer are at the tip of the conservative spear in the battle to bring California back to red from deep blue.

It’s not stretching things to say people like Jennifer Goode could one day be running for Senator against some aged and moldy Democratic leftist.

Living in Camarillo, CA, about 45 miles North of LA. I have a son, and two daughters. Working two jobs (welcome to California life), plus a (now retired) reservist in the US Navy Seabees so life is busy!
View all posts by Erick Brockway →
This entry was posted in California Politics, Local Races and tagged Government, IPhone, Jennifer Goode, Nut Tree, Oceania, Vacaville, Vacaville California, Vacaville City Council, Yosemite National Park. Bookmark the permalink.

1 Response to New blood in Vacaville