h/t to MY Marine!

We are at the beach for a few days vacation.  I packed Nick Popaditch’s book “Once A Marine an Iraq War Tank Commander’s Inspirational Memoir of Combat, Courage, and Recovery “ for my beach reading.  I have previously picked it up several times, but something always interrupts.  I am a voracious reader with eclectic tastes.  My husband has time for only business related material these days.  Upon arrival at the beach, my former Marine Tank Commander promptly picked up Nick’s book and began reading aloud.  I knew immediately that I would have to find something else to read on this trip. Though I am the information junkie in the family, my husband always finds some tidbit that I miss; in life, and in this case, in Nick’s book.  I had read the introduction but somehow missed this very telling paragraph in the section titled “Advance Praise for Once a Marine”.

“ America has always been blessed by wonderful, patriotic, and often anonymous men and women who have sacrificed so much in defense of liberty and freedom. Once a Marine, Gunny Sergeant Nick Popaditch’s heart wrenching and inspiring memoir, puts a name and a face on this sacrifice.  Every American should read this book to remind them of what these brave warriors of freedom endure on our behalf.”

Two things immediately came to mind as my husband was reading.  First, it is not often one hears such high praise from a candidate’s opponent. Secondly, how much better suited Nick would be on the Committee of Veteran’s Affairs than Bob Filner who has never served in the Military.  Of course we must first elect Nick to Congress before we think about which committees he will sit on! Witness Nick discussing Iraq on KUSI News, San Diego in August of this year: http://www.kusi.com/news/local/Popaditch-From-fighting-in-Fallujah-to-freedom-in-Iraq–101162184.html

The 51st Congressional district encompasses virtually the entire California/Mexico border. It is obvious that these times call for a warrior to represent this all important area than a Bob Filner.  Please see map to better understand how vast the 51st congressional district is. Note the area to the south, is Mexico : http://nationalatlas.gov/printable/images/preview/congdist/ca51_109.gif

Please see some of Bob Filner’s votes on Homeland Security issues: http://www.ontheissues.org/CA/Bob_Filner_Homeland_Security.htm None of these positions surprise me.  They are representative of this Democratic Congress and President’s far left and highly questionable ideology on our Country’s security. As previously stated, I can literally see Mexico from my house.  As a resident, I would rest more easily knowing that I am represented by a warrior who will fight for me, rather than a far left ideologue whose time in Congress should have been up many years ago.

Of particular concern is the fact that Filner, known as the “border Congressman” voted NO on building a fence along the California Mexico border.  His voting record causes me to wonder on which side of the border this “border Congressman’s” allegiance lies. http://www.ontheissues.org/CA/Bob_Filner_Immigration.htm

A vast contrast is Nick Popaditch’s stance on the border and immigration: 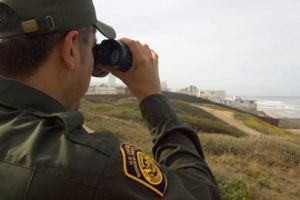 “Until we control our Nation’s borders and know who is crossing them, talk about “immigration reform” is just that: talk. Until we enforce our immigration laws in our cities, “immigration reform” means absolutely nothing. A lone border patrolman was murdered last summer here in our community. There is no excuse for this in our country.  As your Congressman, I will reject any legislation regarding “immigration reform” that does not also guarantee the completion of the border fence. This does not mean our border should be closed. Many people come here legally to work, seek citizenship, or conduct commerce. We need to know who they are and why they are here. Our immigration laws must be followed and I will propose legislation to cut ALL Federal funding to any city that is operating as a so-called “sanctuary city.” Your Federal tax dollars will not go to those who ignore Federal law. Finally, as one of my first priorities, I will work to increase funding to put more border patrol agents where they are most needed: on our borders protecting our national security. Your tax dollars will pay for more border patrol agents who are equipped with the latest technology. Our Constitution DEMANDS that the Federal Government provide security for its citizens. This includes preventing drug dealers from crossing our borders and infecting our streets “ Nick Popaditch

Apparently Filner has little regard or knowledge of the demands of the Constitution.  Please check out Bob Filner’s entire Congressional voting record and decide for yourselves : http://www.votesmart.org/voting_category.php?can_id=26774

“If you’re in the 51st congressional district, we’ve had some hard times. If you’re still down there after the recession you are a survivor. You are not looking for a handout. You are looking for the Government to stop pulling the rug out. That is what you are looking for. “ Nick Popaditch

I love the beach, and since we arrived here I have been blathering about selling our home in the 51st congressional district and buying something near the beach. Of course, we cannot sell yet.  Our home, though not underwater, is nowhere near its potential value and we have a large inventory of foreclosed homes in our district.  God willing, we will still be in the 51st after the recession. We are, as Nick succinctly said, “survivors”.  It isn’t easy though, and it won’t be for quite some time.  I am aware that a  “Congressman” Nick Popaditch will not immediately fix all of the problems in the 51st, but I also know that his background and his views are common sense in nature, stem from his expertise in this area and are much more in line with mainstream America than Filner’s.

The election is just around the corner. Please help me, help Gunny Nick Popaditch “Charge That Hill”. Let’s elect this “Brave Warrior” (as even his opponent describes him.)   I am aware that times are tough but consider this; If each of my twitter followers donated just $1.00 to Nick Popaditch he would net approximately $13,000.00.   Even if you do not live in the 51st Congressional district, Nick Popaditch will battle for you in Congress.  https://www.popaditchforcongress.com/contributions.html

All elections are National, and we need help in California to Flip This House! Thank you and Semper Fi!

You can find additional information on this Warrior for Congress here :http://www.popaditchforcongress.com/index.html